As part of the Nuremberg-Ebensfeld railway project, the railway line between Forchheim and Eggolsheim is being expanded from two tracks to four. The two outer tracks will be designed to accommodate high speeds of up to 230 km/h; the two inner tracks will be for local rail traffic going up to 160 km/h. As part of this project, the existing railway crossing in Eggolsheim has been closed to all traffic, to allow work to be started on the construction of a passenger tunnel that will be replacing it. During the construction period, the temporary passenger bridge will make both platforms accessible to passengers.

In connection with the overhead wire, the footbridge is no less than approximately 7,500 mm above ground level. To make the stairs easier to climb, five intermediate landings have been included in the temporary stairway to the footbridge on the eastern side. Despite this, the stairs are an insurmountable hurdle to passengers with strollers or bicycles and passengers who are disabled or who depend on a wheelchair. Thanks to the temporary RECO PP passenger lifts, the passenger bridge remains accessible to all passengers, and DB Netz AG can continue to provide safety and comfort to its passengers, even during the slippery winter period. 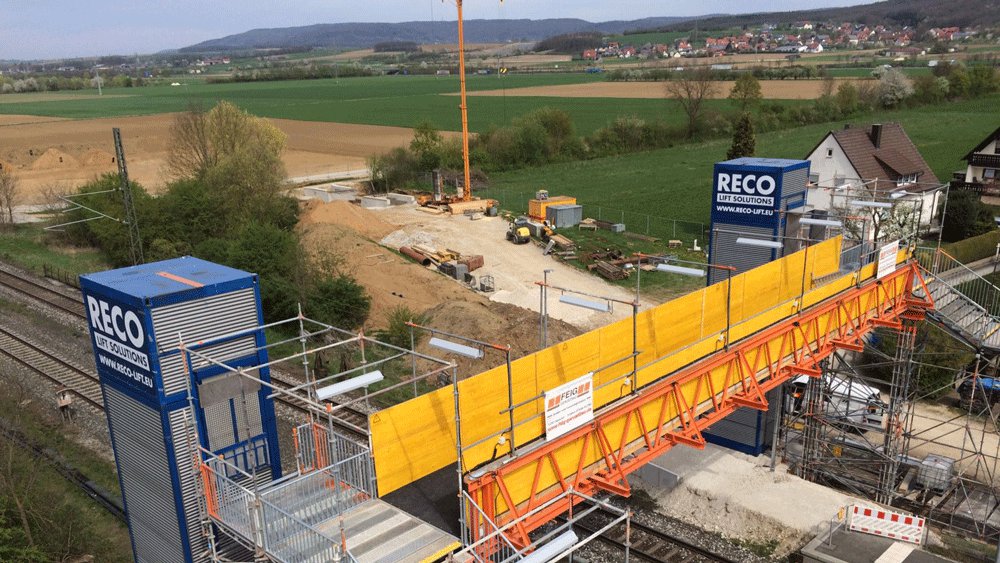 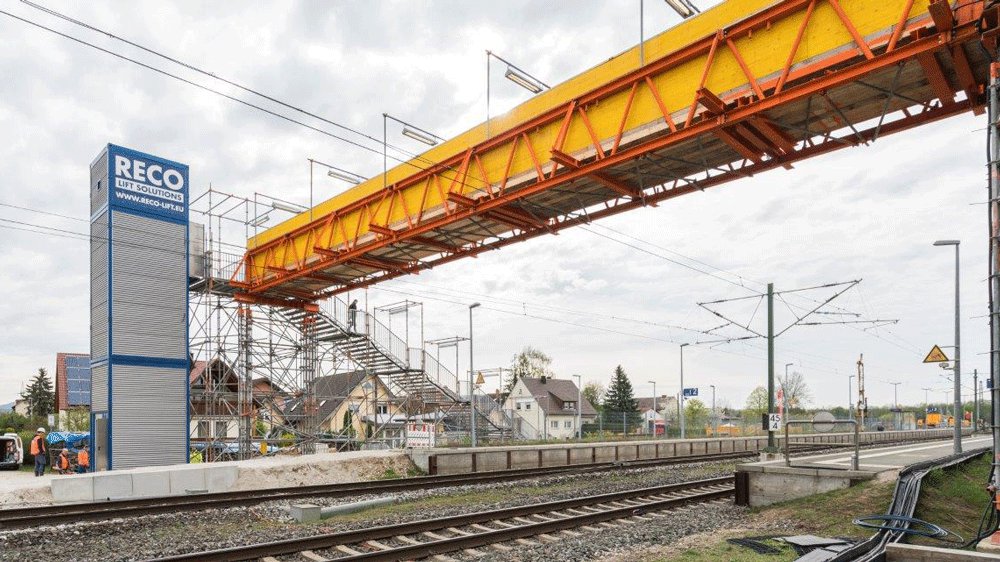 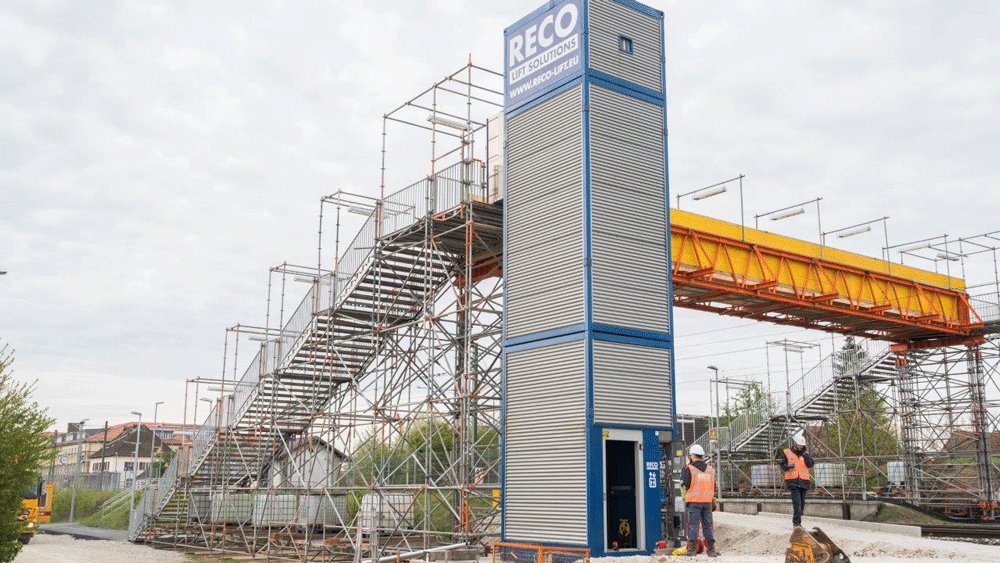 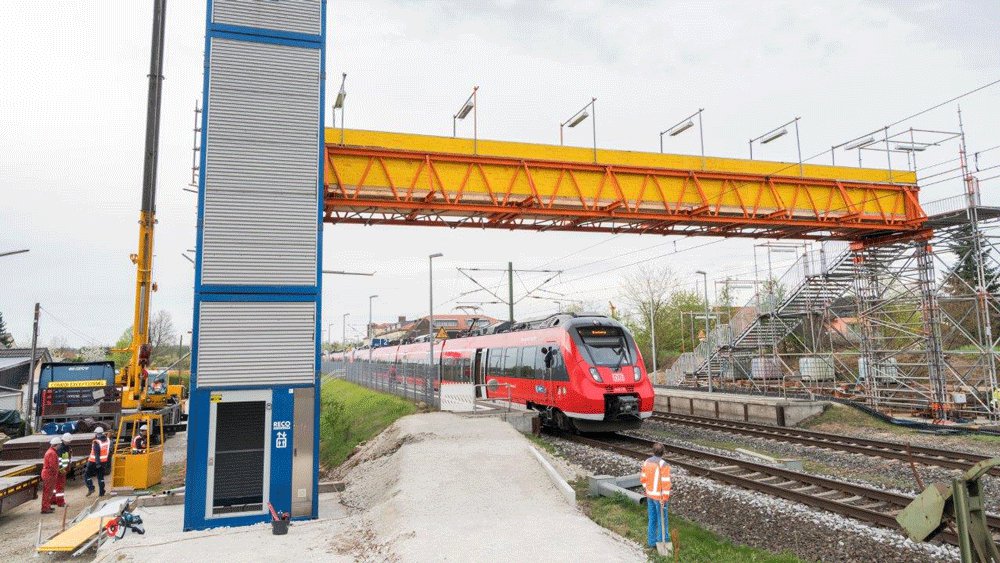 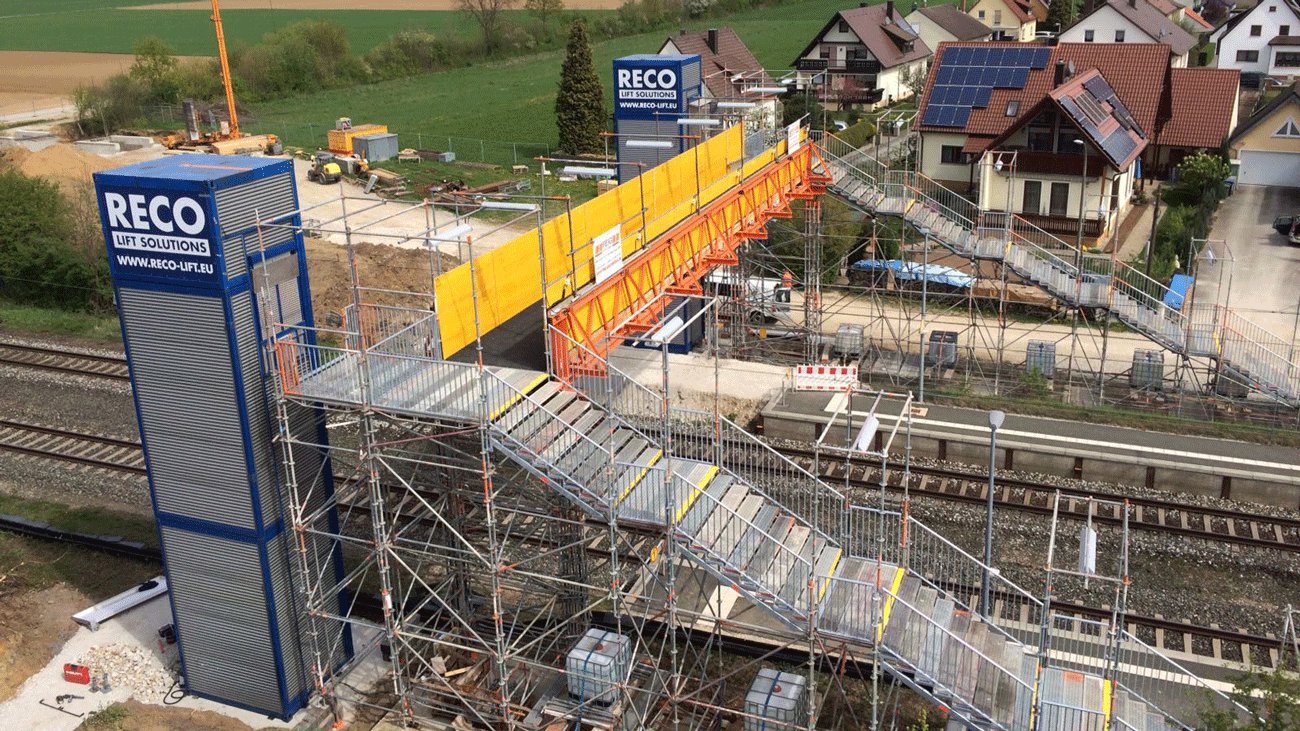 Installation while the trains are still running

On the European railway market, RECO Lift Solutions usually installs its temporary passenger lifts during the night, during an interruption of service. For this project, DB Netz AG gave us the opportunity to install the lifts during daytime, during which time local and intercity trains continued to run without interruption. Crane company Schmidbauer hoisted both RECO lifts into place within no more than four hours. Building contractor Markgraf built the necessary foundations, to which RECO anchored the elevator shafts. This means the passenger bridge installed by Feig Gerüstbau and the RECO lifts stand completely independent of each other.

Following the installation, Tüv Süd inspected the RECO lifts. One part of this inspection involved testing the one-way intercom of the RECO lifts. These were installed by MS AG from Munich, and consequently linked to the Nuremburg security firm NWS AG. Where necessary, any malfunctions in the operation of the RECO Lift Solutions lifts can be resolved by the Nuremberg lift company Schmitt & Sohn. All in all, this collaboration between various parties, each with their own specialty, has brought about an impressive result.

More about lift rental for infrastructure and rail projects