The evolution of our lift rental and emergency lift service

Over the past 20 years, RECO Lift Solutions has evolved from a fledgling subsidiary of family-owned company RECO Holding to Europe’s biggest lift rental company. During that time, we’ve not stood still for one moment. By listening to market demands, we kept investing in new technologies in order to offer freedom of movement and mobility to people in all situations. We’re very proud on milestones such as the unique passenger lifts and the quick working method we’ve developed. To give you an insight, we’ve mapped the history and evolution of RECO Lift Solutions on this page.

Slokker Bouwgroep starts the renovation of the Tuinzicht flats in Duivenvoorde. The stairwell including passenger lift is renovated whilst the building is inhabited. To keep the residents’ homes accessible, Slokker Bouwgroep rents a passenger and goods lift from RECO.

The lift is modified so it still adheres to the requirements of a conventional passenger lift. Thus, the first project with a temporary, user-friendly passenger lift took place. 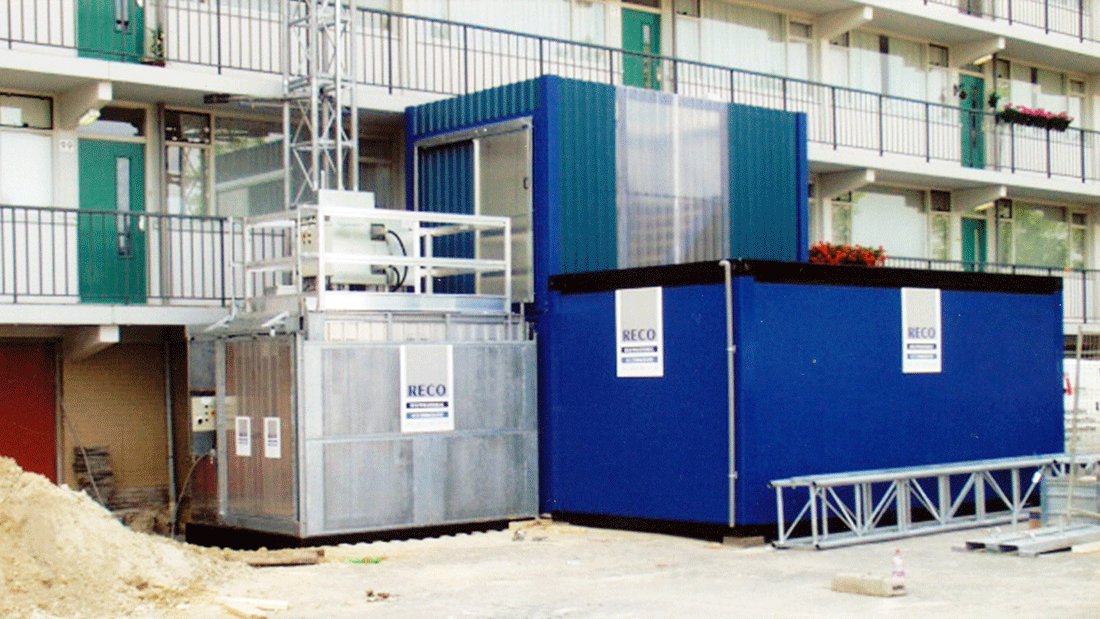 The government announces the new standard for passenger lifts. From 2005 onwards, all passenger lifts have to be equipped with a closed cabin, and stricter requirements will be implemented for the availability of lifts in living environments. RECO immediately starts the development of the first temporary user-friendly passenger lift, the TP1000.

Safety against strong winds, the new lift standard NEN 1081, and quicker installation times are all relevant parts of developing new passenger lifts. RECO works together with several suppliers and lift specialists, such as the Lift Institute. 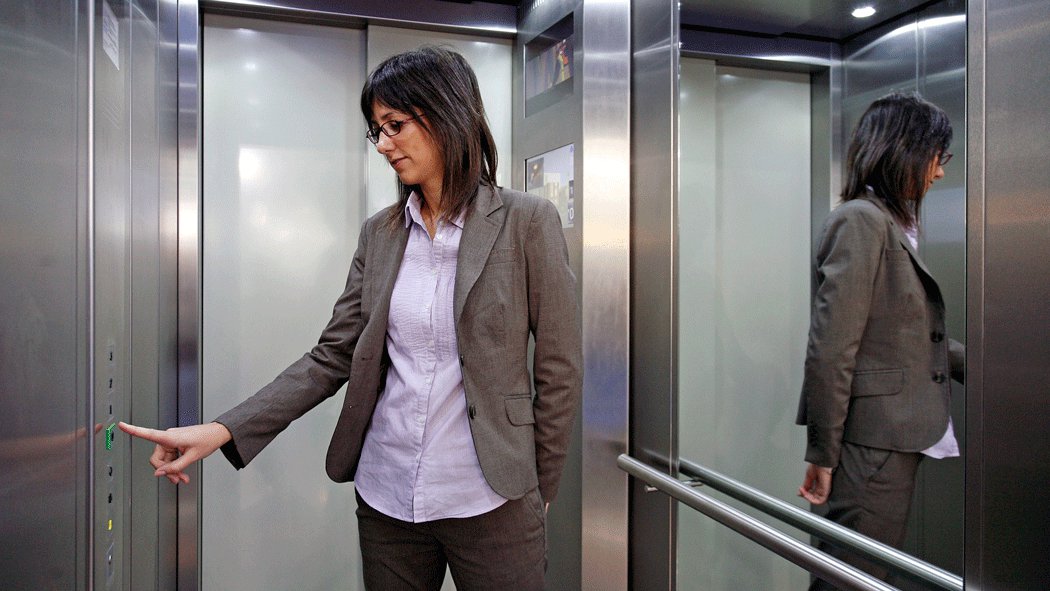 RECO Lift Solutions starts as subsidiary of RECO, now operating under the name ‘RECO Special Products’. Meanwhile, the new RECO Lift is developed completely in house and which will feature better safety during high wind speeds and a complete lift cabin with handrails, mirror, and folding chair.

A RECO Lift is deployed during an exposition in the Royal Library in The Hague. The lift is installed in the centre of The Hague for 30 weeks and attracts lots of attention due to its unique construction. 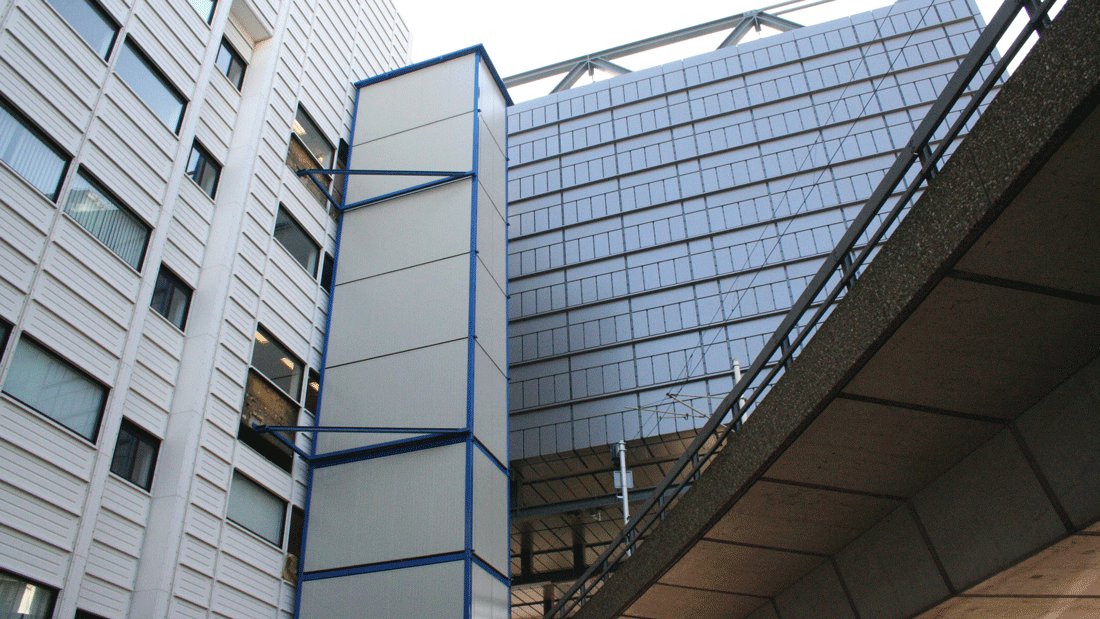 The nursing home Friedehorst in Bremen is renovated. To keep its residents mobile, a RECO Lift with 4 stops is installed at the care home. During the renovation, the residents stay mobile with a threshold-free route from their home to the pavement. 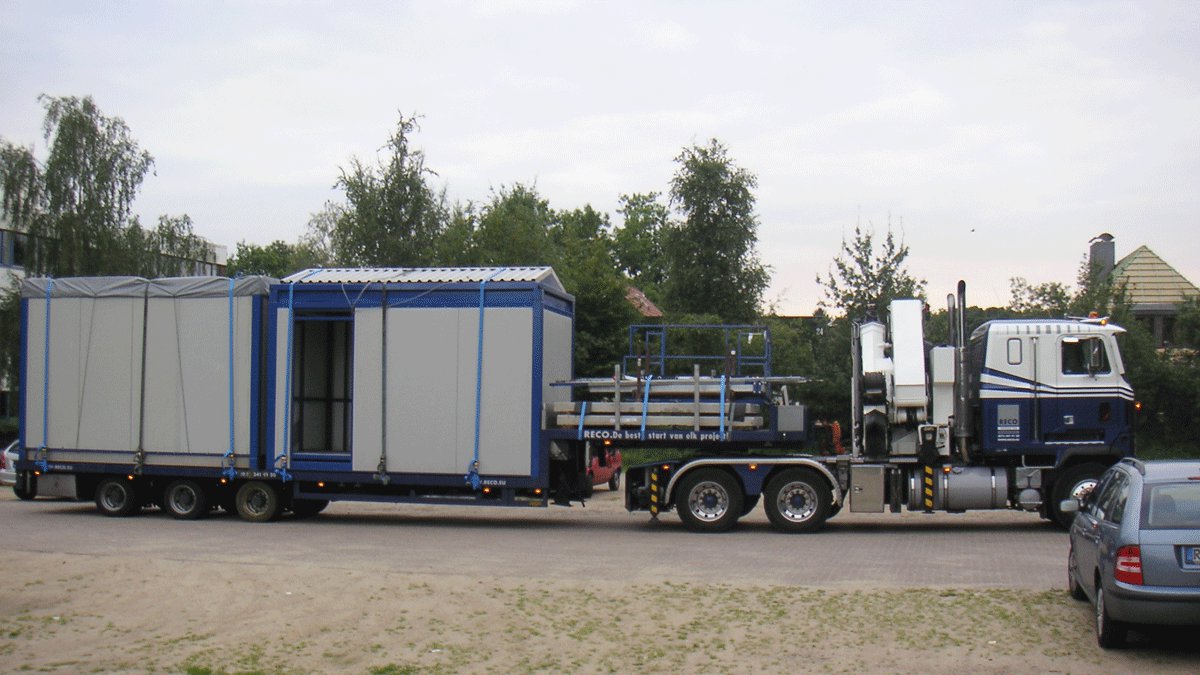 At a building in Schiedam, the connection between the stairwell and properties is renovated. RECO Special Products is contacted for a solution. 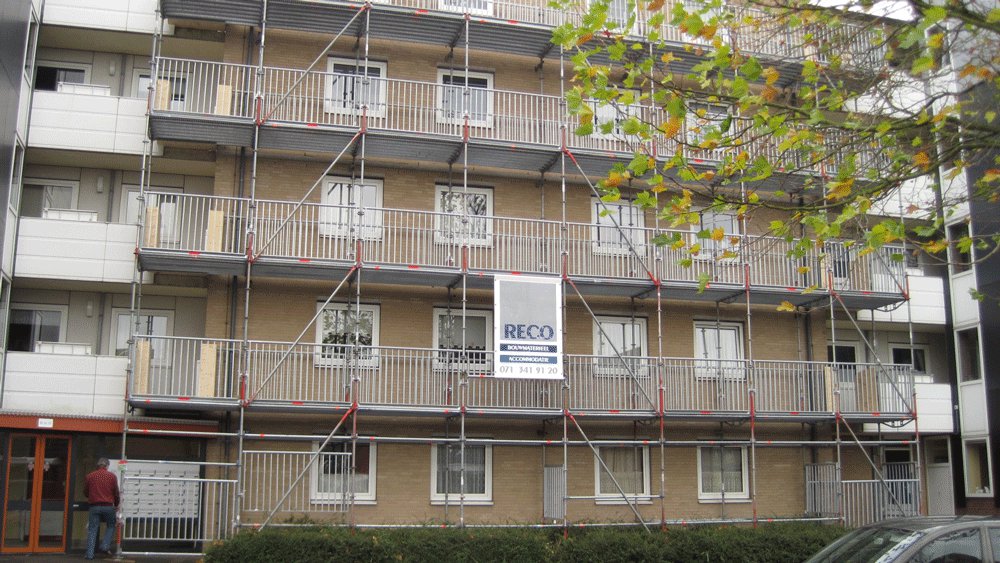 People increasingly want to use RECO’s temporary passenger lifts. To achieve greater heights, RECO Special Products decides to expand its fleet with new traction-powered RECO Lifts. Later on, these lifts will be developed further into the RECO Lift 2.0.

Meanwhile, RECO Special Products increasingly receives international rental requests. However, fast and efficient deliveries often turn out to be quite challenging. The shaft is adapted so it speeds up international deliveries. This turns into the first RECO Lift Plug and Play.

The first delivery of the RECO Lift Plug and Play is in Eindhoven, followed by a second one in Stockholm. 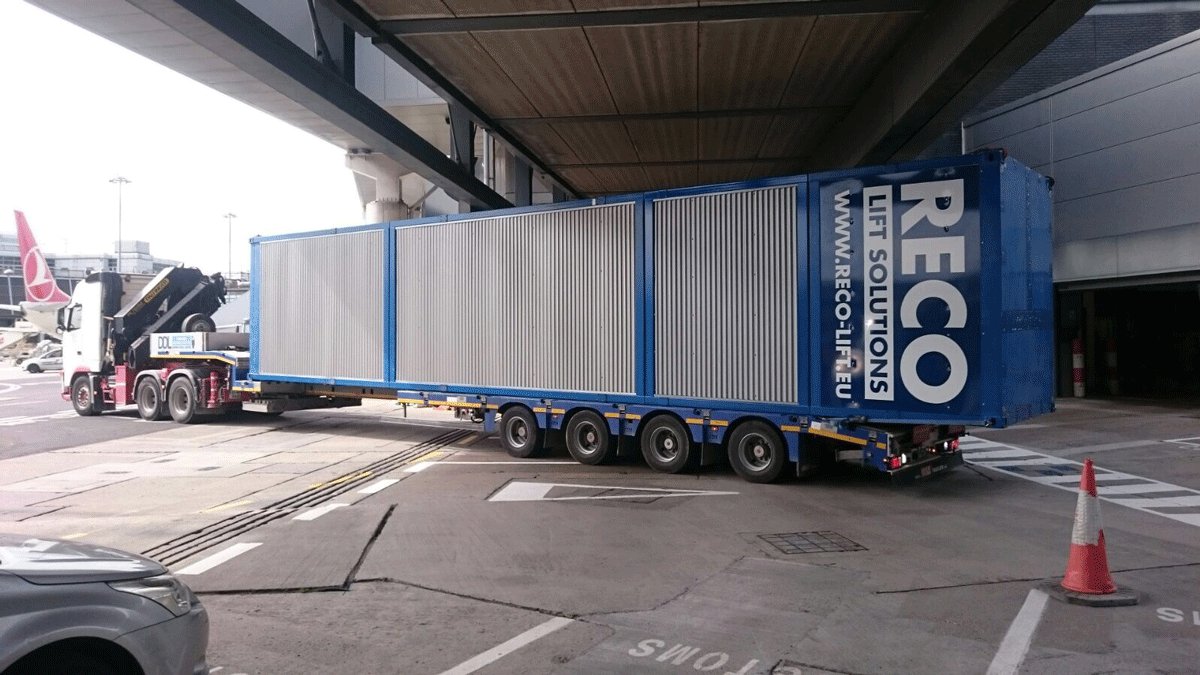 RECO Special Products has grown considerably over the last years, which is why it will get its own office in Waddinxveen. At the moment, the company exists of 12 permanent employees and 25 lift machines. 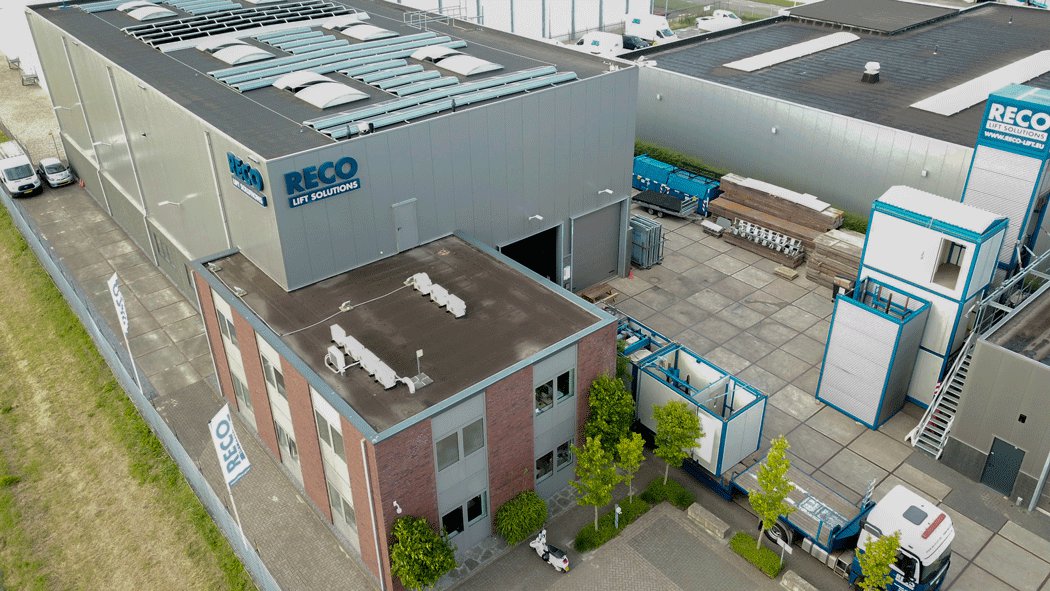 Because locations don’t always offer adequate space for passenger lifts, RECO Lift Solutions starts renting out stair lifts. Stair lifts are particularly suitable for use as emergency lifts, thanks to their quick installation. The first project took place at Persoonshaven in Rotterdam.

Which lift is the quickest to deploy? Read our blog 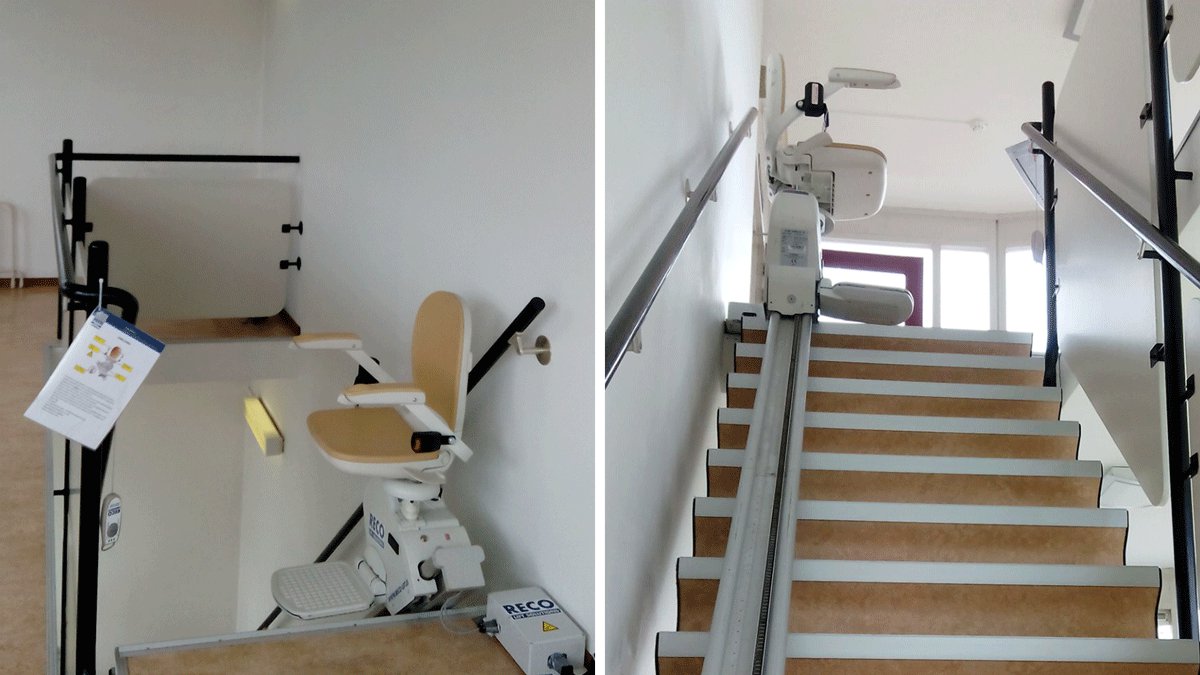 Using the RECO Lifts, disabled visitors received access to the stands of the Eton Manor Hockey & Tennis Court. This made sure everyone could enjoy a good view of the matches

Would you like to know more about lift rentals for events? 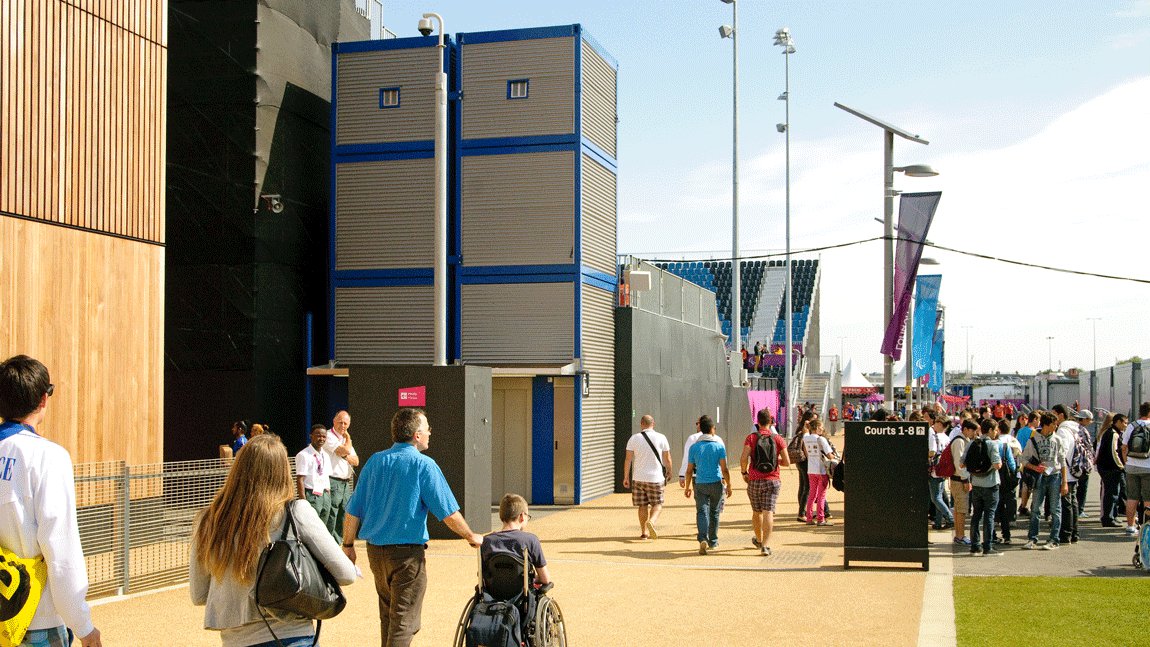 2012: RECO Lift Solutions is making a name for itself in the healthcare industry

By now, RECO Lift Solutions has become the leading company for the healthcare industry for lift rentals and threshold-free accessibility. The temporary passenger lifts are large enough for wheelchairs and stretchers. Moreover, the lifts will give its users peace of mind as they're hardly indistinguishable from normal lifts.

In this period, RECO Lift Solutions works together on several bespoke projects with organisations such as Woonzorg Nederland and Habion. “Lots of residents are disabled and use wheelchairs or mobility scooters, so providing an alternative for their normal lift is essential.”

Would you like to know more about lift rentals for care institutions? 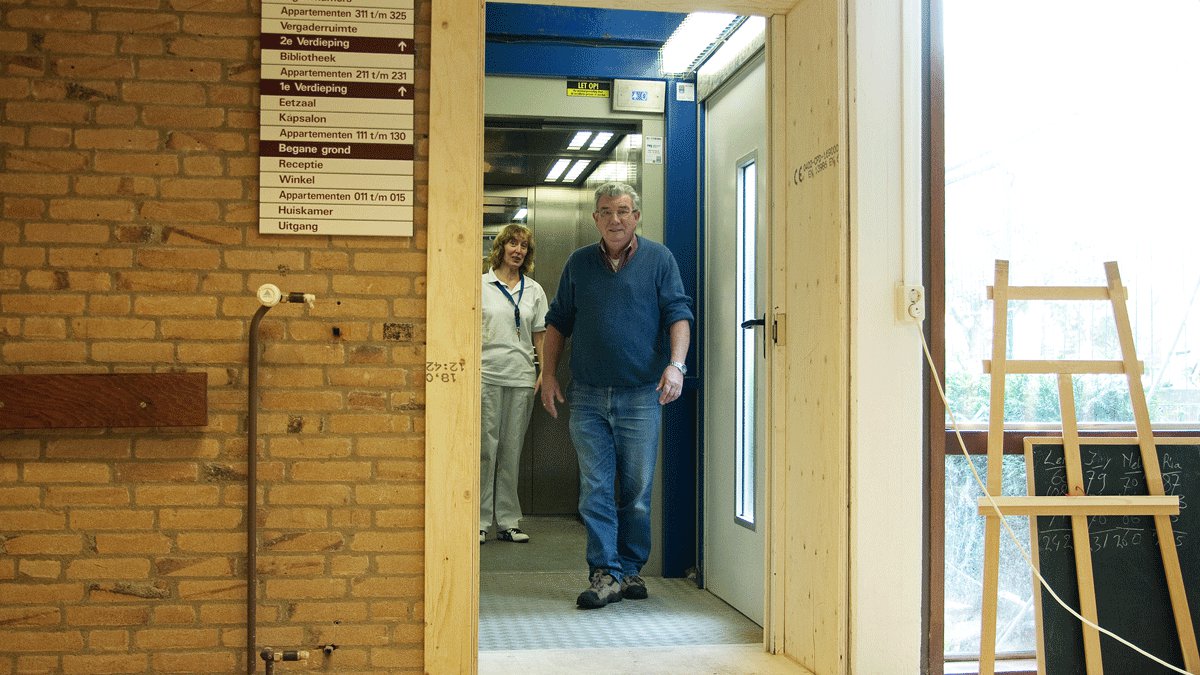 In collaboration with RECO, RECO Lift Solutions delivers its first temporary pedestrian bridge. Commissioned by the Swedish rail provider Trafikverket, a railway crossing is installed at a station in Stockholm. The pedestrian bridge ensured the platforms remained accessible for commuters during a maintenance project. 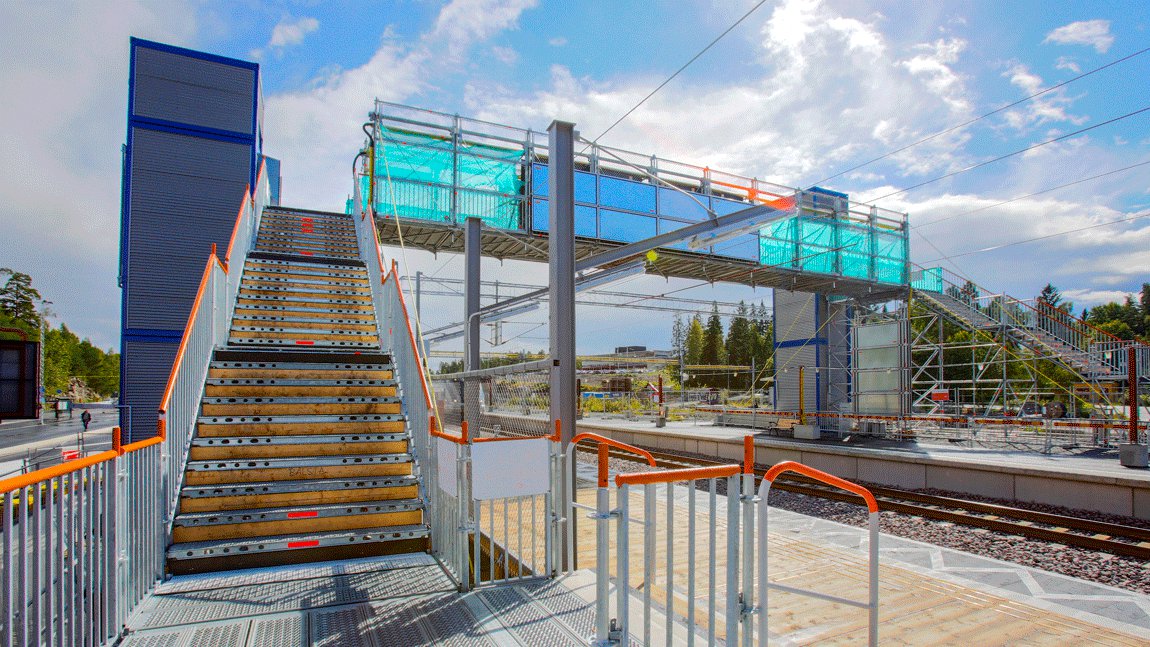 Because costs go up quickly in case facades or roofs need modifying, RECO Lift Solutions develops the RECO Indoor Lift. This very compact lift fits through a normal door, so it can easily be installed indoors.

The first project was rounded up successfully. The indoor lift was placed in an indoor garden, which wouldn’t be able to accommodate a conventional RECO Lift. This way, the residents were able to stay mobile without unnecessary installation costs.

Discover all benefits of the RECO Indoor Lift 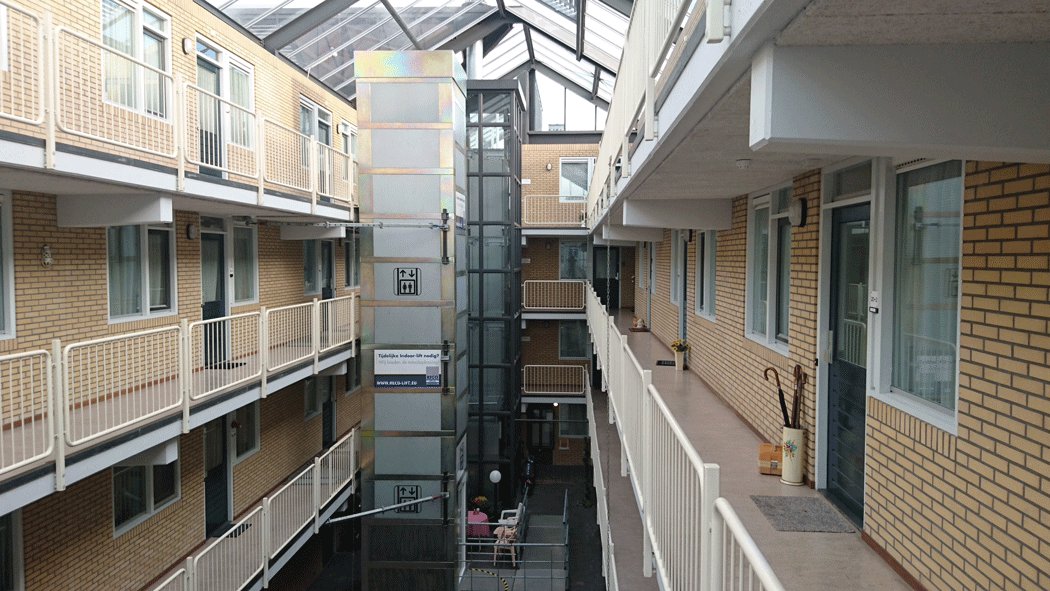 On June 3, 2016, RECO Lift Solutions installs the highest lift assembly up to that point in the Van Aalstlaan in Zoetermeer. A RECO Lift with 21 stops is installed on location so the flat residents are no longer dependent on the stairs.

Need a lift for a tower block? Request a quote 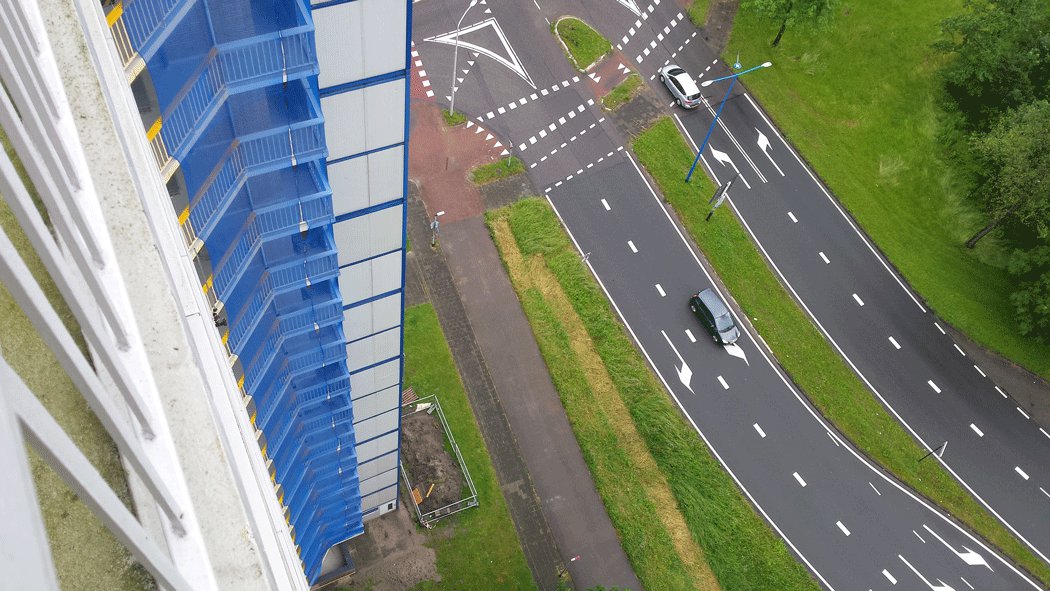 A pride-filled moment for us was when Queen Elizabeth used our RECO Plug and Play Passenger Lift.

In December 2017 the aircraft carrier ‘HMS Elizabeth’ was commissioned by the Royal Navy. The Queen was carried aboard safely using our passenger lift. 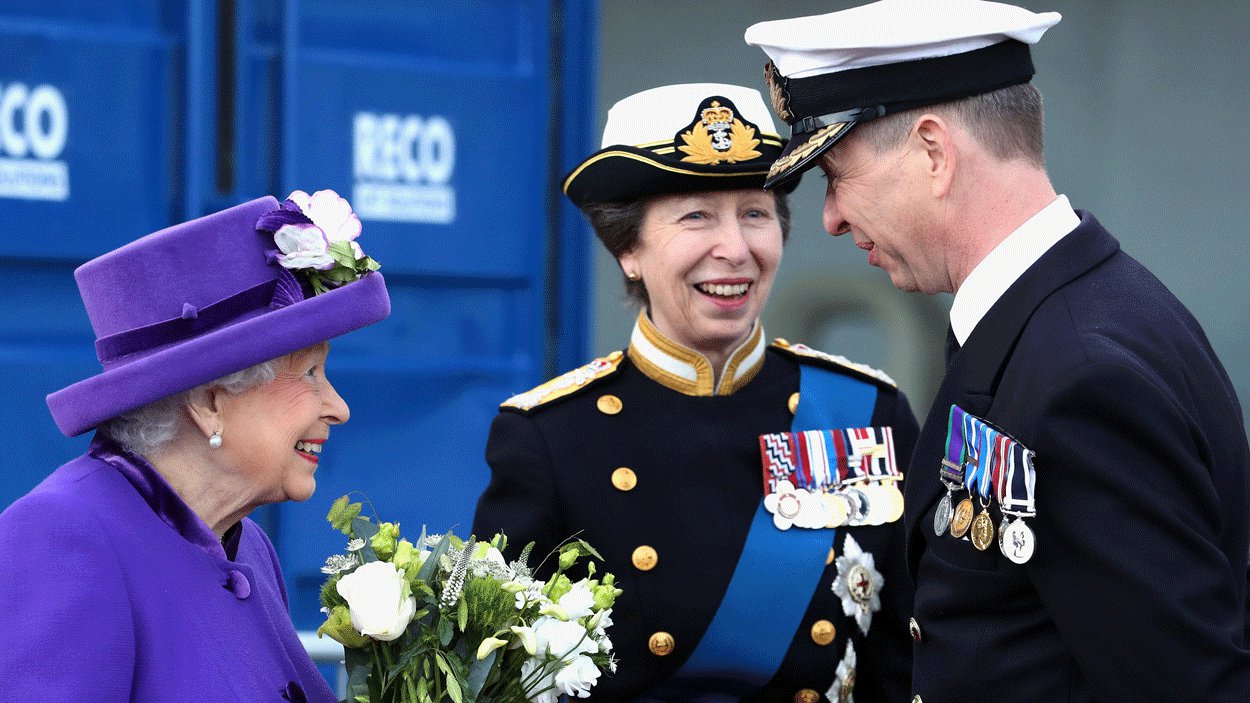 Stair lifts are a perfect solution if you need an emergency lift. But if you’re meaning to take your groceries home, it can be tricky to use the in-hand controls. Which is why RECO Lift Solutions has started deploying lift assistants during stair lift projects.

Read more about our lift assistance 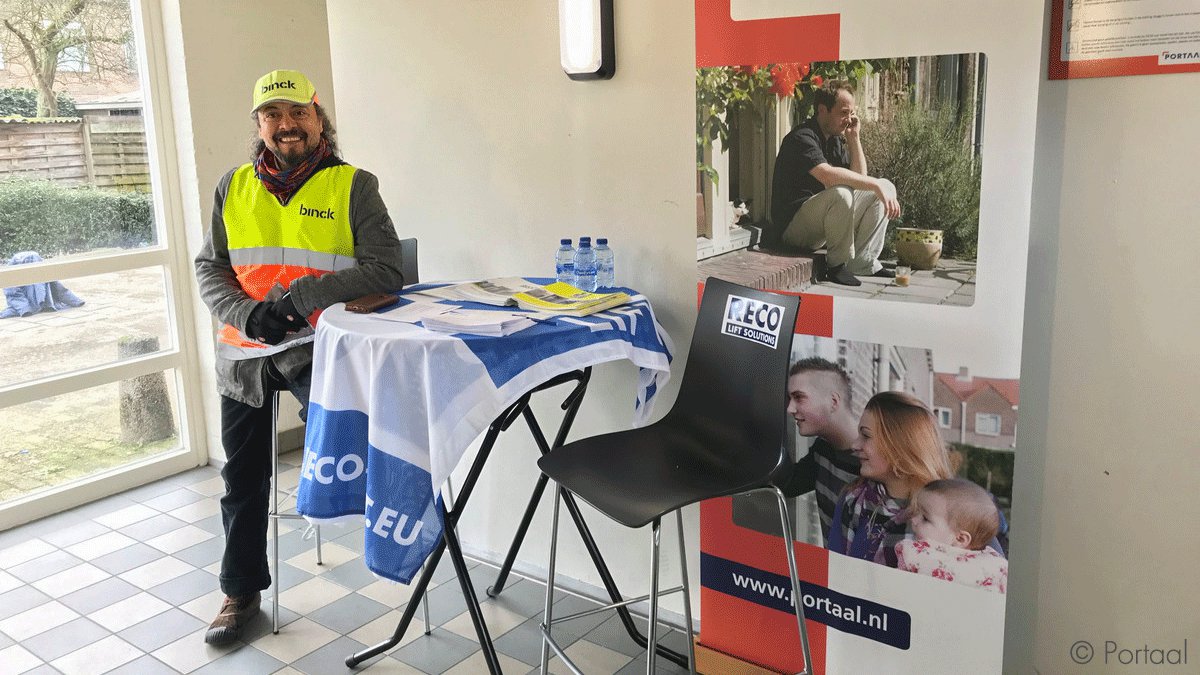 The demand for stair lifts for emergencies has increased rapidly. In order to always stand ready with a sufficient amount of stair lifts, the emergency stock is expanded to 350 stair lifts.

The stair lift fleet does currently not only consists of conventional stair lifts, but also stair climbers and heavy-duty stair lifts in order to offer a suitable solution for every situation. 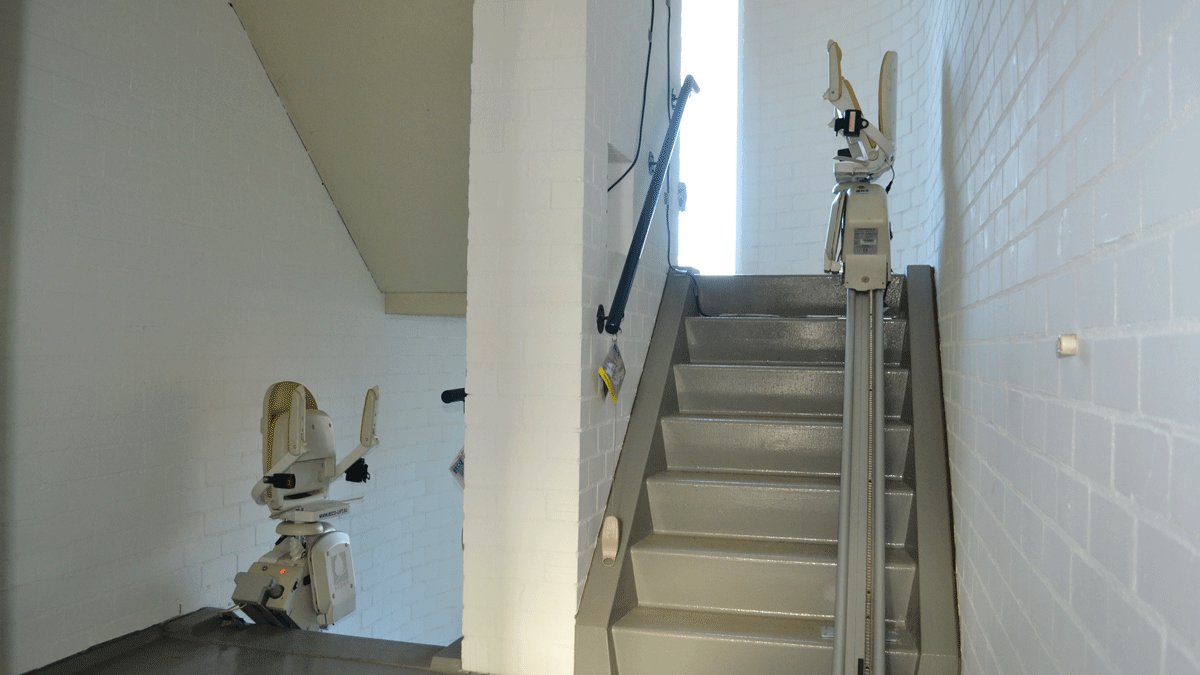 In order to answer the demand for emergency lifts for wheelchairs and mobility scooters, RECO Lift Solutions has developed a unique platform lift in house. This lift is ready for use within half a day and suitable for installations up to 3m, on the inside and out. For smaller installations, RECO Lift Solutions has invested in another 2 types of wheelchair lifts which work up to 1.3m. 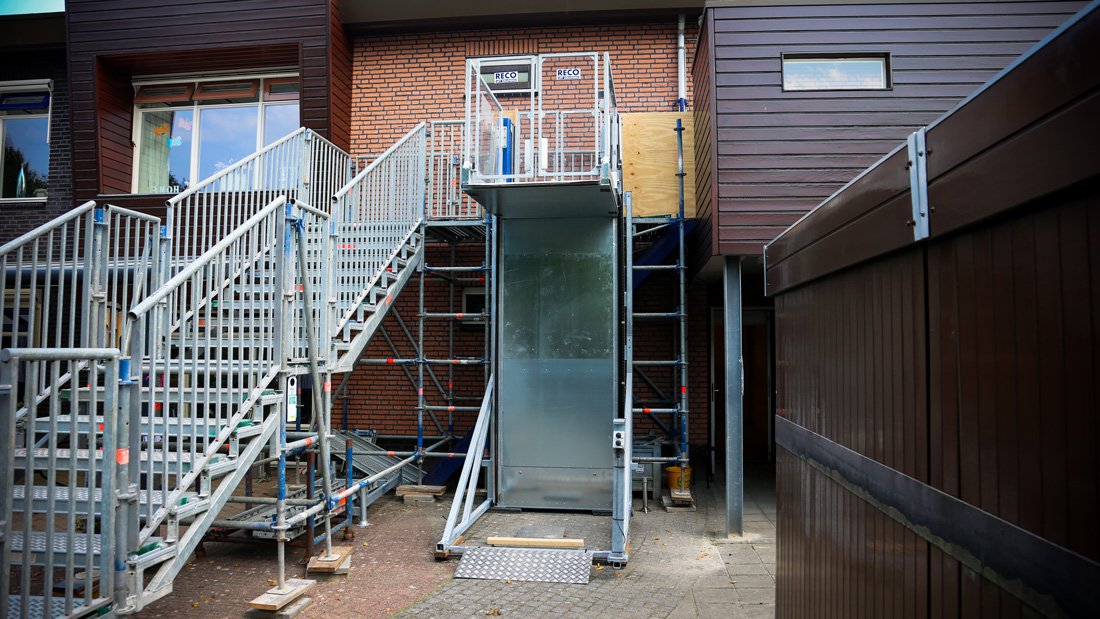