Having been part of the Deutsche Bahn network for more than 100 years, Berlin Schöneweide railway station no longer meets contemporary standards. As a consequence, DB is modernising the station to make it more appealing and comfortable for passengers.

Berlin Schöneweide railway station features a passenger tunnel with passenger lifts. As these lifts will be out of service throughout the modernisation works, DB has decided to install a temporary footbridge courtesy of the Spitzke company of Großbeeren. To maintain accessibility to this temporary footbridge for all passengers safely and comfortably, RECO Lift Solutions of Waddinxveen in the Netherlands has equipped the bridge with three temporary RECO type PP passenger lifts.

After Eggolsheim railway station and Nürnberg Messe tramway (S-Bahn) station, this is RECO’s third project in Germany’s infrastructure sector to equip a temporary footbridge with RECO passenger lifts. ‘Engineering firms and specifications writers that operate in Germany’s infrastructure sector are increasingly seeking us out for temporary lift solutions,’ according to Jakob Ebbens, who is responsible at RECO for the international market. ‘To make travelling by train more appealing, railway operators are not only improving rolling stock and timetables, but stations as well.’ Research has shown that the station experience contributes a hefty 25% towards passenger satisfaction. Given that safe and step-free access to trains is a basic passenger need, its influence on passenger satisfaction is considerable.

Want to know more about lift rental for trainstations? 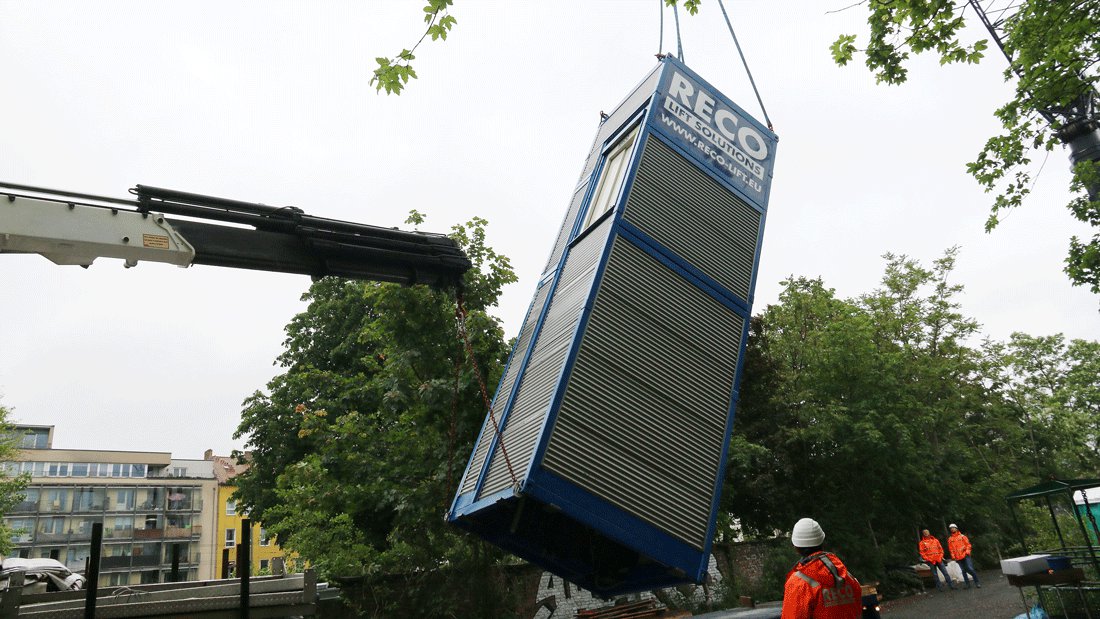 For this project, one lift was installed at night during out-of-service hours. The other two were installed during the day, allowing all three lifts to be commissioned within 24 hours. For the installation, RECO used the same 500 ton-metre crane, supplied by Thömen of Potsdam, as the one used by the Spitzke company to lower the temporary footbridge. Both RECO’s passenger lifts and Spitzke’s footbridge are entirely modular by design. This has the advantage that both systems can be adjusted very easily for different spans and heights, making them suitable for projects of all types.

Following installation, the temporary RECO lifts were certified by Tüv Süd. Part of the inspection was the testing of the internal communication system, which is linked to DB’s 3S service control room. As with the projects in Eggolsheim and Nuremberg, RECO’s local partner, the lift manufacturer Schmitt & Sohn, is assisting with the maintenance of the three RECO lifts.

Also use a temporary passenger lift? 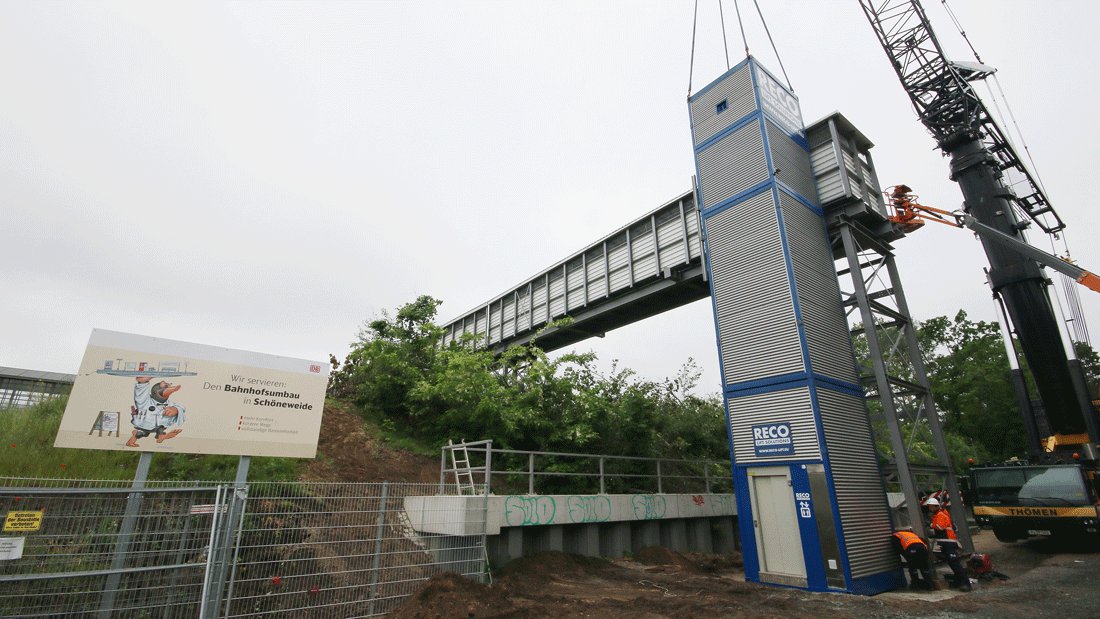 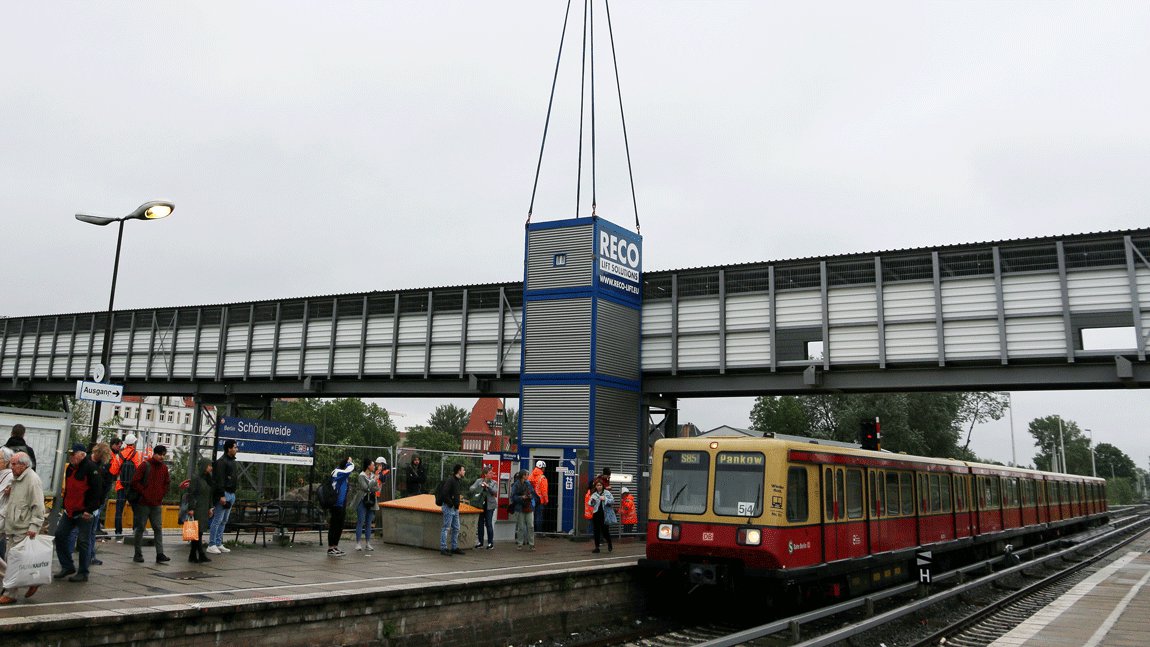