Cliostede, a residential complex in Eindhoven, is being renovated internally on a large scale by Knaapen Group. It is a necessary intervention, but the process should cause as little inconvenience to the residents as possible. In the coming months, the indoor passenger lifts, kitchens and bathrooms in the flats and the central heating system will be renovated for 140 homes. The complex has 9 floors without permanent galleries and 7 internal entrances with a stairwell and lift. To keep the flats accessible for residents, RECO provided a clever all-in solution.

To tackle the renovation efficiently and in a way that is easy on the public, RECO has designed and installed temporary barrier-free galleries including emergency stairwells. This allows RECO to replace the lift capacity of two indoor lifts with the use of one temporary passenger lift. With public-friendly scaffolding material as temporary galleries, Knaapen Group saves half on the lift installations and provides the residents with barrier-free access to their homes. Hawkeye tube-lights were used for the orientation lighting on the gallery. Once the indoor passenger lifts have been renovated, RECO will replace the passenger lifts with goods lifts. Knaapen Group will use these to transport the materials for the renovation of the flats.

To install the galleries, a solution had to be found for the canopies above the entrances. The canopies extend several metres and would have to be dismantled to support the galleries. RECO was able to cover the canopies with its support equipment so that Knaapen Group could avoid extra work and damage to the complex. With RECO's equipment advice, Cliostede residents not only retain access to their homes, but Knaapen Groep can also work more cost-efficiently. In addition, the galleries come in handy again in phase 2 when the goods lifts are used. This ultimately translates into a lower total price for the renovation.

Have you got a project in mind? Request a quote directly.​​​​​ 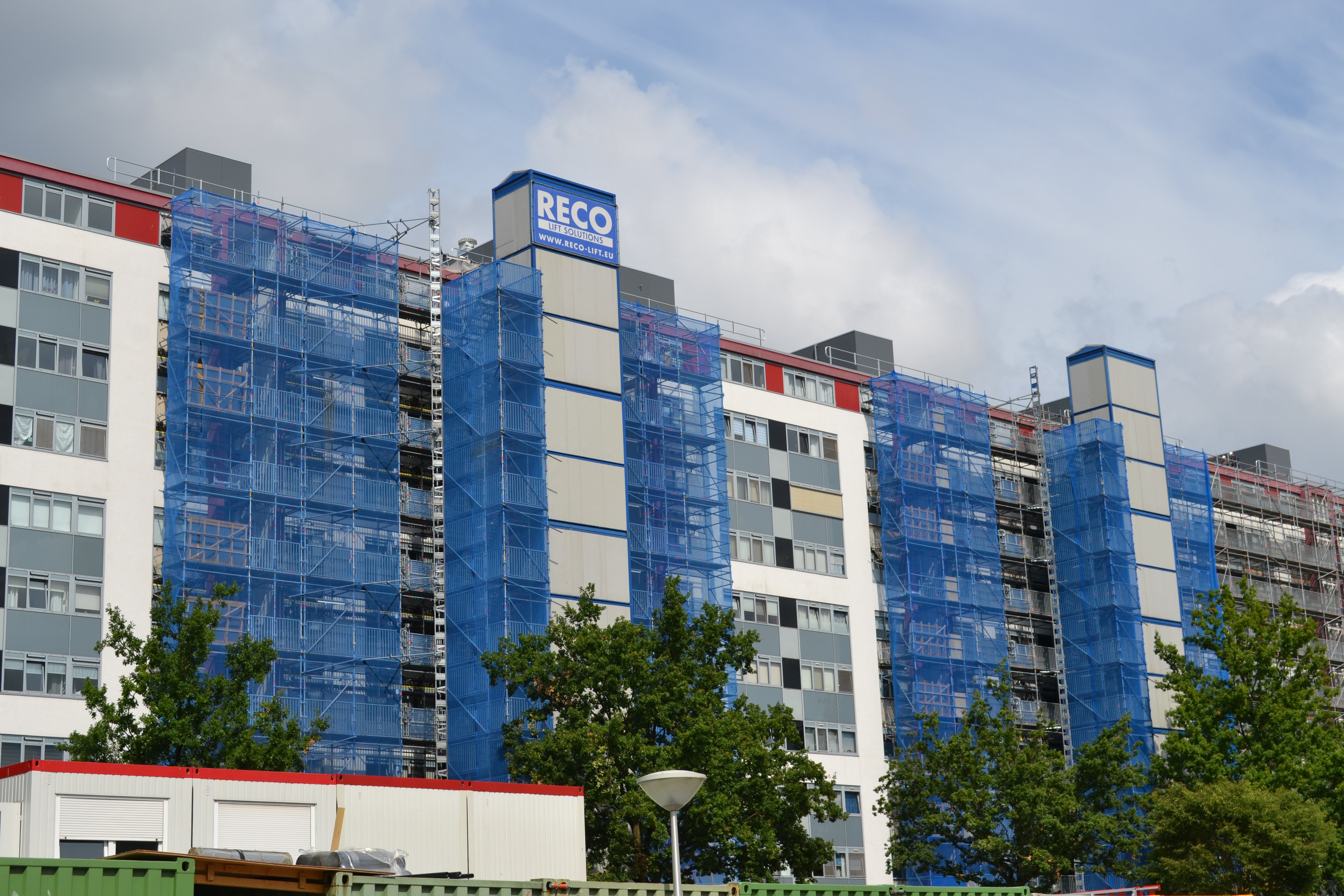