Amsterdam South WTC station is currently being extensively reconstructed to cope with the anticipated growth in passenger numbers due in part to the North/South metro line. This is in preparation for the Zuidasdok project which will commence in 2017. Hoisting-in from the A10 motorway

The Amsterdam South WTC station is not accessible by road. It was therefore decided to use the Blansjaar crane company from Wateringen to hoist-in the temporary RECO PP passenger lift from the A10 motorway. Three carriageways were closed on the night the work was carried out. The lift was hoisted from the A10 motorway, over a voltage-free overhead power line and into the station building in approximately 25 minutes.

To ensure the RECO lift fits in with its surroundings, the lift was supplied in the desired RAL colour as requested by the architect. As a result, the RECO lift is fully integrated into its surroundings. Furthermore, the lift technology and car are comparable with the existing lifts. The advantage of this is that users are not aware that they are using a temporary passenger lift.

Also use a temporary passenger lift? 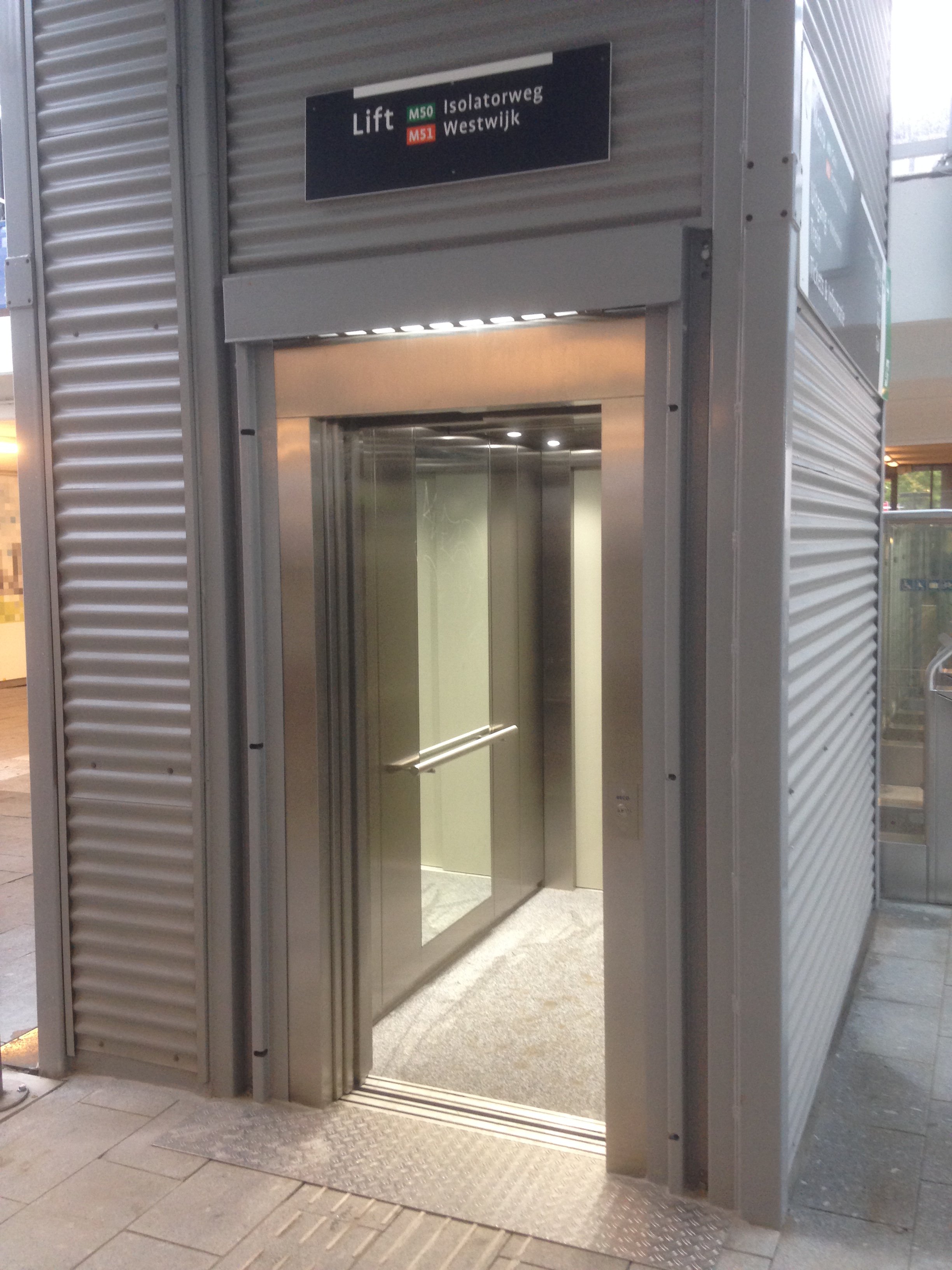