The Wallaard BV contracting firm from Noordeloos is renovating the existing lifts between the platforms and the pedestrian bridge on behalf of ProRail. RECO BV from Koudekerk aan de Rijn has installed a temporary pedestrian bridge with passenger lifts to ensure that passengers have safe, barrier-free access to the platforms during this renovation.

A telescopic crane was used to hoist the necessary materials. The best location for this purpose was the far side of the tracks on Meerssenerweg. From this location, the Blansjaar BV crane company from Wateringen used a 300-tm crane to hoist the materials during a 52-hour suspension of service. When doing so, the equipment crossed a total of 5 tracks and 1 centre platform, while the maximum crane span was approximately 48 metres.

Because of the long crane span, RECO opted to use two temporary GEDA P18S passenger lifts. The base module of this type of passenger lift only weighs 2,750 kilograms. As a result, the crane capacity required for the necessary span was limited to a 300-tm crane. The passenger lifts were then approved by the Lift Institute on Sunday, allowing the public to use them fully independently 24/7.

Want to know more about the GEDA P18S passenger lift?

Or read more about lift rental for train stations. 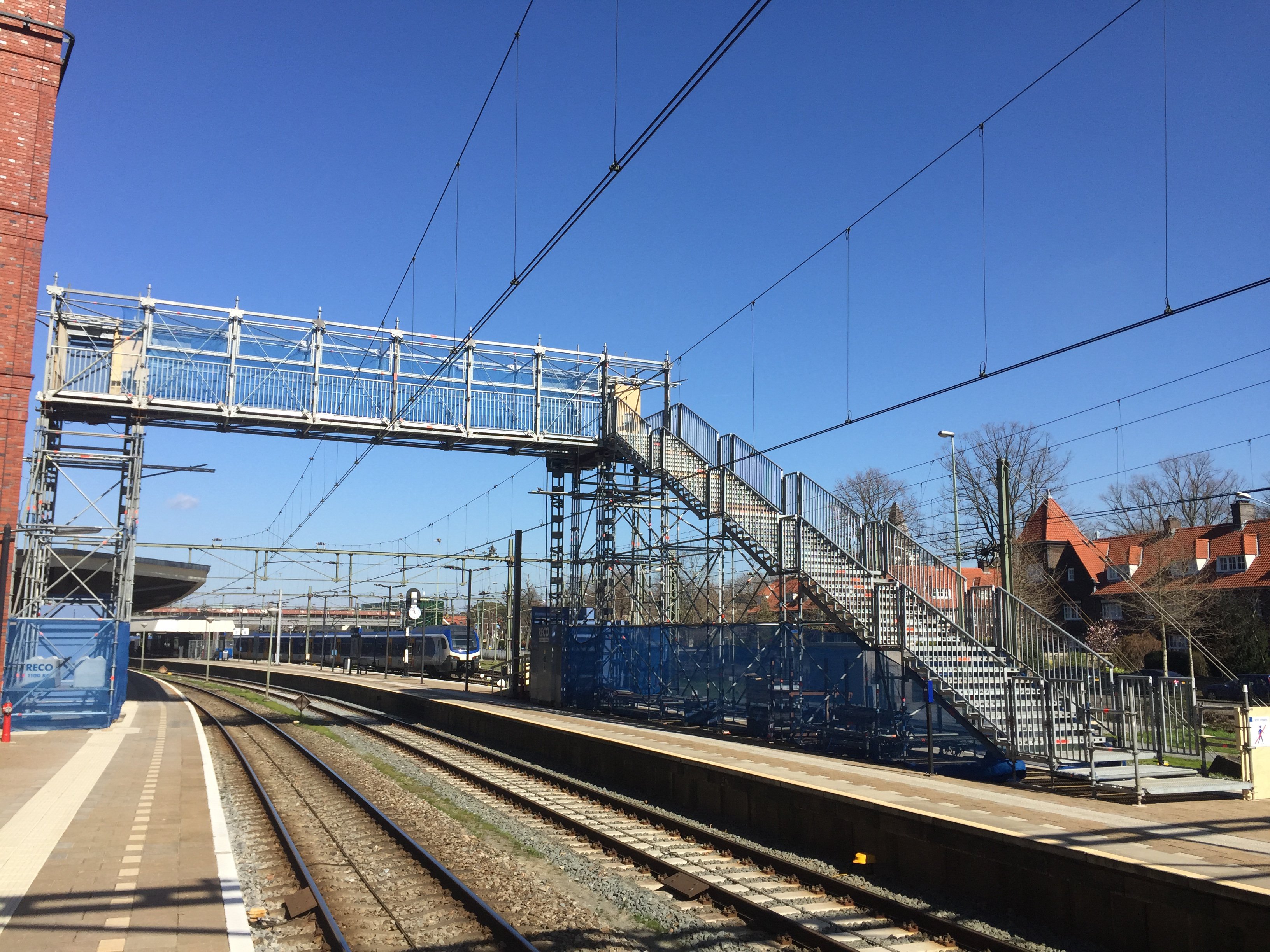 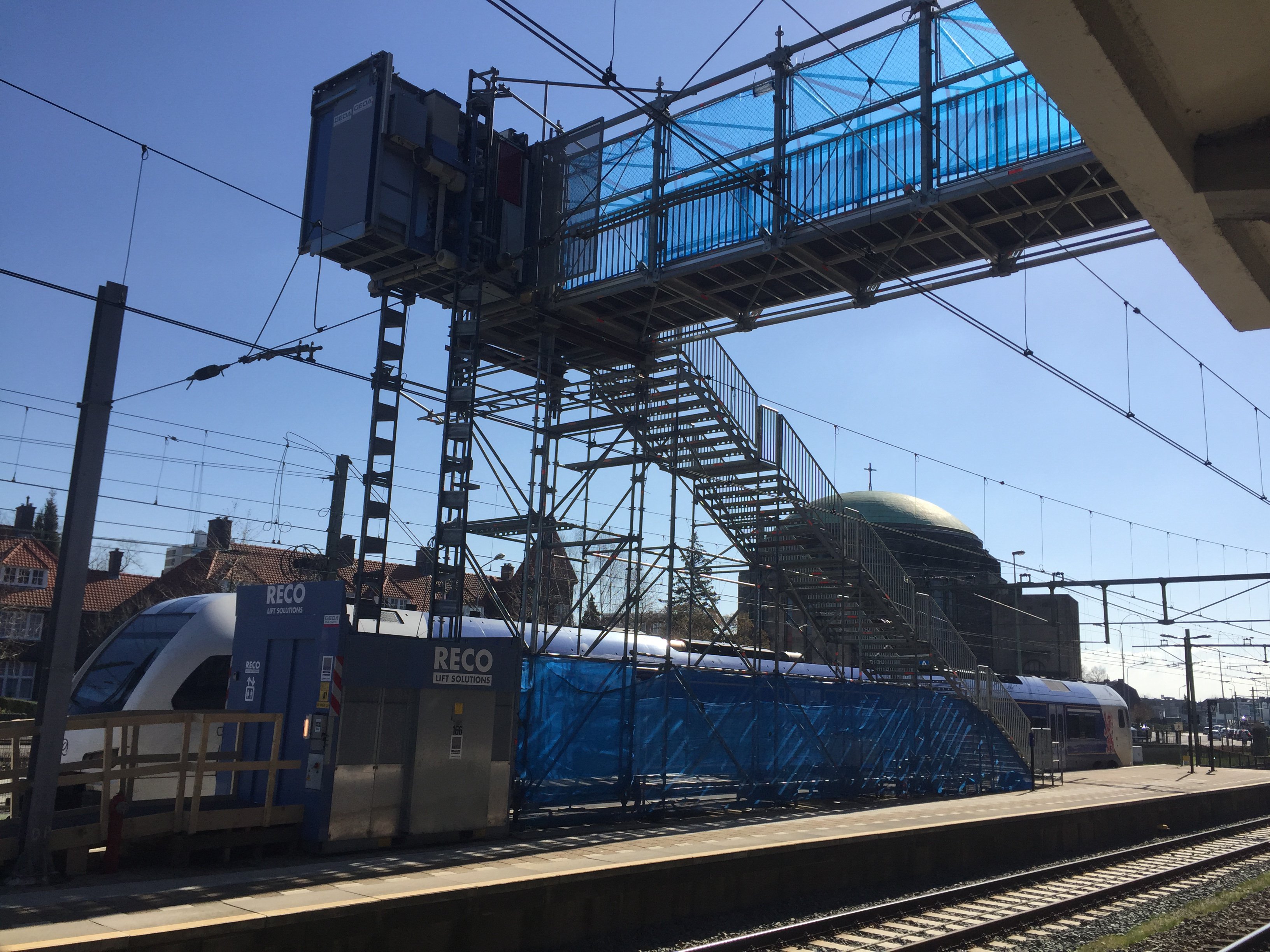 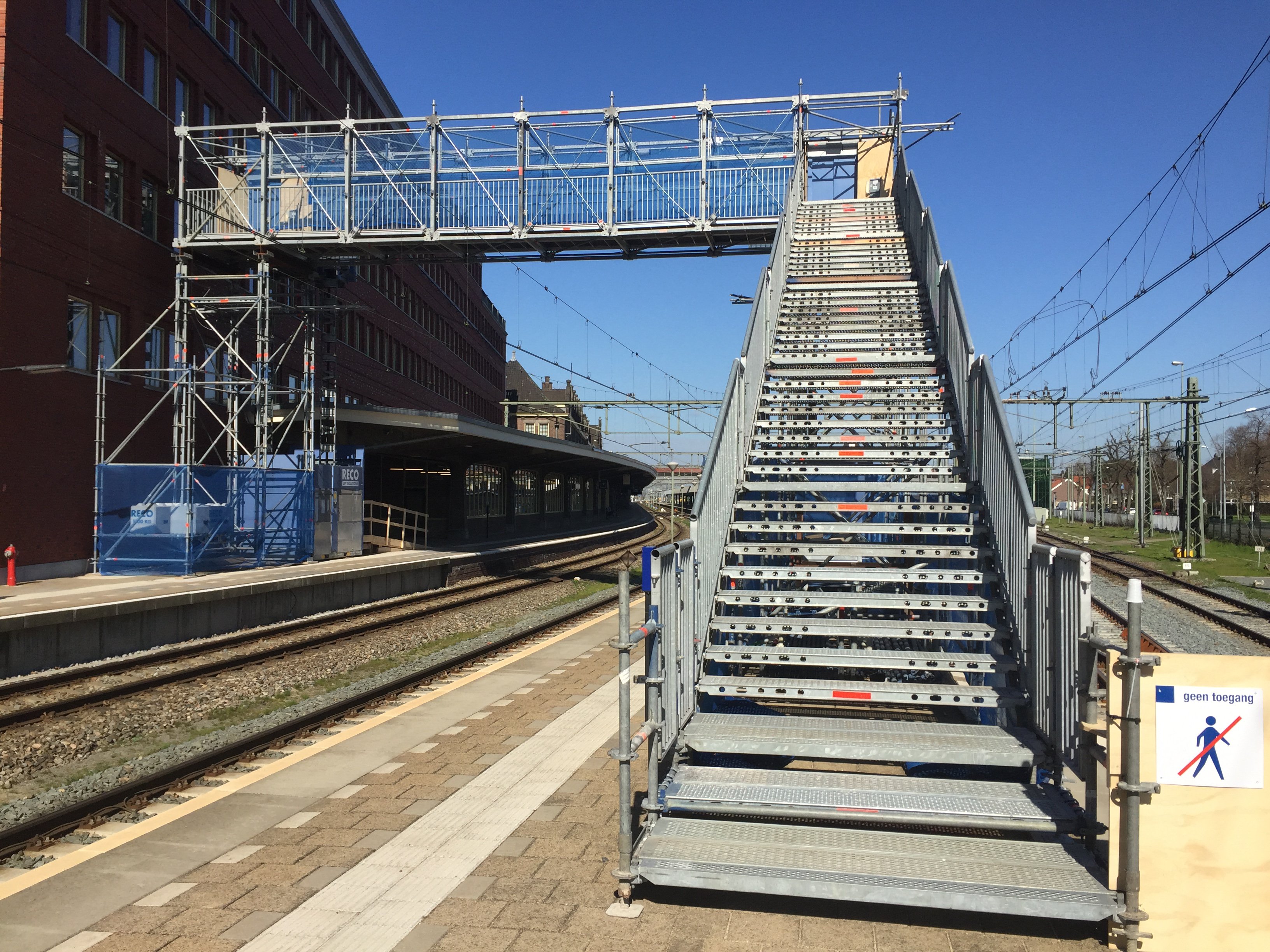 RECO employs Layher’s Allround system for its scaffolding solutions. In this system, the pedestrian bridge is prefabricated and delivered Just-In-Time. RECO hoisted the materials and assembled them in a period of just 12 hours. Among other things, the set-up comprised two buttresses with ballast, one passenger-friendly stairway tower, one passenger-friendly pedestrian bridge and two temporary GEDA P18S passenger lifts.

‘In both the preparation and the implementation, we found that RECO has knowledge and expertise in the field of accessibility issues within a railway environment’, said Vincent de Vries, Project Manager at Wallaard BV. ‘Despite the trying circumstances due to strong winds, RECO’s technicians and the Blansjaar crane company succeeded in installing the set-up faultlessly as well as within the planned assembly time. Wallaard values this type of commitment’, said Vincent.

Today, RECO’s temporary passenger lifts from RECO Lift Solutions in Waddinxveen are being used throughout Europe for infrastructure projects, among other things. For instance, a temporary pedestrian bridge with three temporary RECO PP passenger lifts was completed for Deutsche Bahn at a station in Berlin this spring. Find out more in this article.

Want to rent a temporary lift? 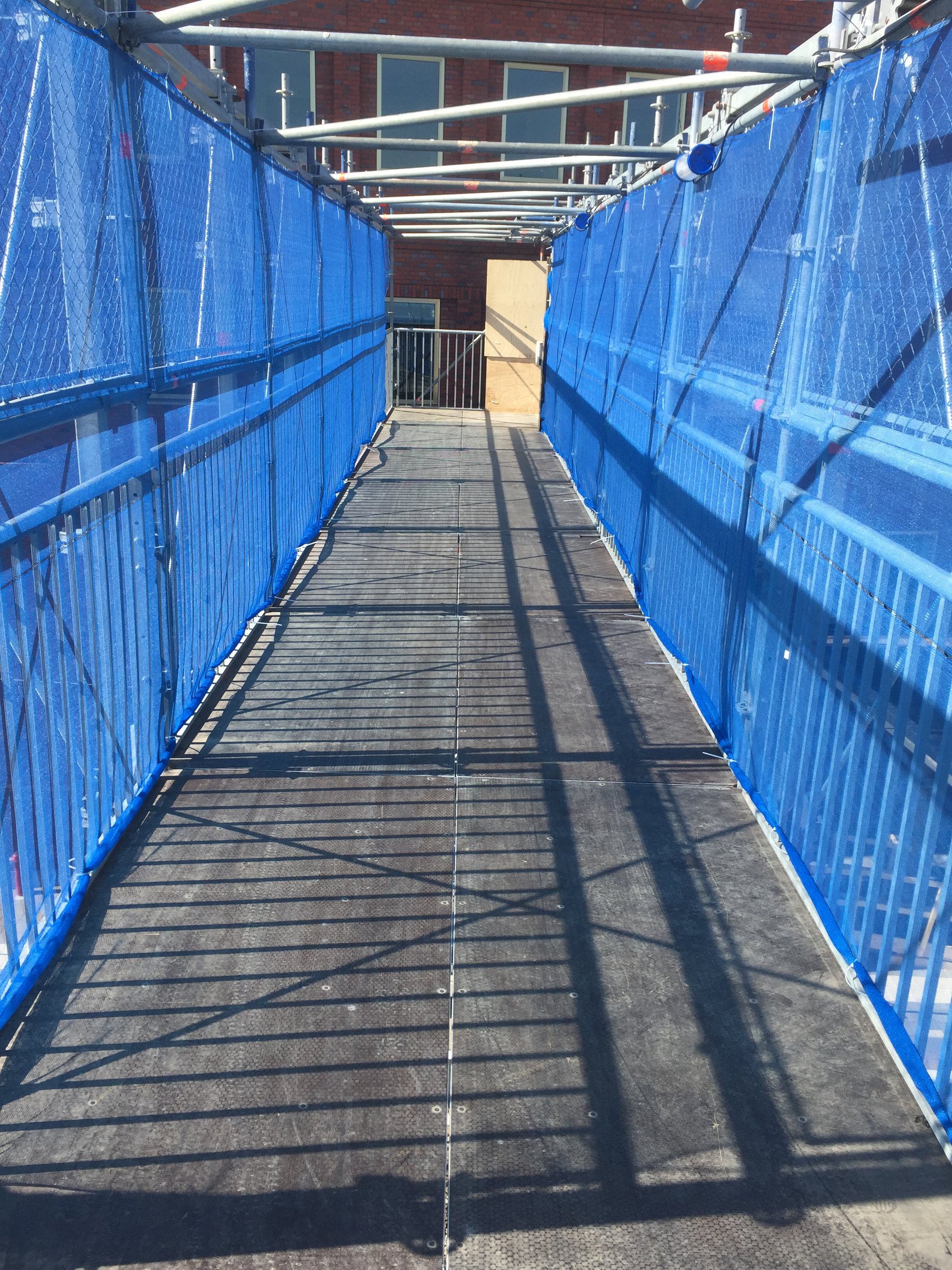